Learn Spanish ~ and More @ the Library this fall!

Habla español en la biblioteca! On Sunday, September 8 there will be a Spanish class at the library. The class is aimed at children, and adults are welcome to attend. Class will go from 2 - 3:30 3 - 4:30 pm, and is free. But space is limited, so make sure you register by calling the library. Want to get a head start? Use your library card to sign in to Mango (our online language-learning) - you'll be surprised by all the languages available, including Pirate!

Other Things Happening @ the Library in September: 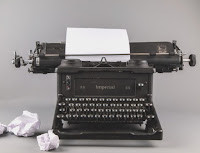 We're hosting a Write & Illustrate Your Own Adventure weekend for young people on September 14 and 15, from 1 - 3 pm each day. On Saturday we'll use story seeds to develop a main character and simple plot and begin writing stories. On Sunday we'll delve into illustration, from traditional picture book styles to graphic novel. The weekend writing workshop is free, and all materials will be provided. Space is limited, so please register at the library.

Jules is offering an Essential Oils workshop on Thursday, Sept. 19 at 10 am.  Learn some natural ways to support your children's health - especially during the change of seasons and the transition to school - and keep those colds and flu away! There is a materials fee of $3 to $7. Got questions? Contact Jules at 518-928-1452. 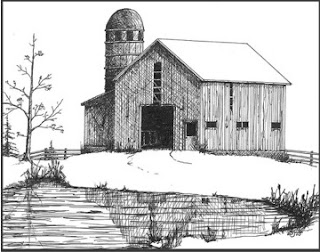 ArtSplash! with Johanna resumes on Sunday, Sept. 22 at 1 pm. This free class is a hands-on art exploration with gentle guidance. This month's focus: Pen & Ink drawings of architecture. The workshop is open to kids from 8 to 108, though children younger than 12 will need to be accompanied by an adult.  Space is limited, so register by calling Johanna at 659-7375.
Posted by Sue Heavenrich at 9:17 PM


On Wednesday, August 21 come explore the planets with the Cornell SPIF (Spacecraft Planetary Imaging Facility). There will be some hands-on activities. Program begins at 6:30 p.m.
Posted by Sue Heavenrich at 8:00 AM

This summer's theme is the Universe of Stories. Fortunately, our library has a bunch of space books on the shelves. All you need is a library card.

Rocket to the Moon! by Don Brown

Rocket to the Moon! explores the people and technology that made the moon landing possible. Instead of examining one person’s life, it focuses on the moon landing itself, showing the events leading up to it and how it changed the world. The book takes readers through the history of rocket building: from ancient Chinese rockets, to “bombs bursting in air” during the War of 1812, to Russia’s Sputnik program, to the moon landing. 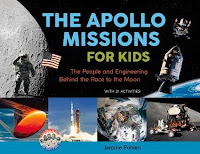 The Apollo Missions for Kids: The People and Engineering Behind the Race to the Moon, with 21 Activities, by Jerome Pohlen

In 1961, President Kennedy issued a challenge: before the end of the decade, the United States would land a person on the moon and return him safely to Earth—a bold proclamation at the time given that only one US astronaut had ever been to space, for just 15 minutes. In response, NASA embarked on the Apollo missions: a complicated, dangerous, and expensive adventure involving 400,000 people. 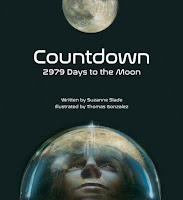 Countdown: 2979 Days to the Moon, by Suzanne Slade; illus. by Thomas Gonzalez

President Kennedy said, "I believe that this nation should commit itself to achieving the goal, before this decade is out, of landing a man on the moon and returning him safely to the earth." But how can someone soar all the way to the Moon - two hundred and forty-thousand miles through space? America knows the answer to this question: teamwork. 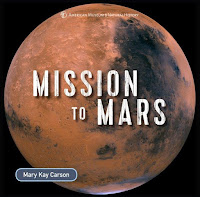 Mission to Mars provides an incredible introduction to the Red Planet. Through breathtaking images from NASA, and information sent to Earth from satellites, budding astronomers and astronauts can explore Mars's climate and features and learn what it would take for a human to travel there. 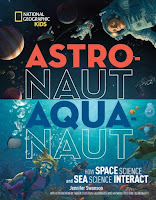 Space and the ocean. If you don't think they go together, think again! Both deep-sea and space explorers have to worry about pressure, temperature, climate, and most importantly, how to survive in a remote and hostile environment. Join us on an amazing journey as we go up in space with astronauts and dive deep down in the ocean with aquanauts to explore the far-off places of our planet and the solar system. 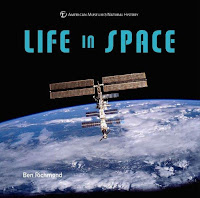 Life in space, by Ben Richmond.

Life in Space examines what it takes to live on the International Space Station. Illustrated with stunning NASA images, this imaginative book offers an incredible introduction to human efforts to survive beyond our own planet.

Library Board of Trustees ~ meet the second Wednesdays of the month (except summer and December). Meetings open to the public; for more information call the library.

Friends of the Library ~ meet the last Thursday of each month at 7 pm (except November and December).