On Veterans Day we honor those who have served in the armed forces. If you're looking for stories about military service - fact or fiction - there are a number on the shelves. Below is a sampling of some Veterans Day reading at Candor Free Library. Remember the parade on Wednesday


On the Adult shelves you'll find great fiction and nonfiction:

Home front by Kristin Hannah (large print)
Like many couples, Michael and Jolene Zarkades face the pressures of everyday life -- children, careers, bills, chores -- even as their twelve-year marriage is faltering. Then Iraq erupts and Jolene is deployed leaving defense attorney Michael to be the single parent to their two girls -- a role that's foreign to him


Vietnam mailbag : voices from the war : 1968-1972 by Nancy E. Lynch
Nancy Lynch wrote a column, "Vietnam Mailbag", for the Wilmington News Journal. This book is based on nearly 900 letters to her from Delawareans who fought there then as well as some contemporary interviews with some of these veterans 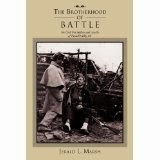 
There are some great books over on the children's and young adult shelves as well:

Not all the books are about weapons, though. Alison Hart's written a great historical fiction book about World War I from a dog's point of view: Darling, Mercy Dog of World War I. There are a number of American Girl books about girls taking on the roles of heroes in various wars including Caroline's Secret Message, by Kathleen Ernst. This is about the War of 1812 and there are five books that follow Caroline's story.

Walter Dean Myers has written a gritty YA novel about the war in Iraq: Sunrise over Fallujah.

And Ellen Emerson White writes about the Vietnam war in Where have all the flowers gone? : the diary of Molly Mackenzie Flaherty. It's 1968 in Massachusetts, and 15-year old Molly's brother brother Patrick goes to fight in Vietnam. Molly records in her diary how she misses her brother, volunteers at a Veterans' Administration Hospital, and tries to make sense of the war and the tumultuous events in the United States.

Posted by Sue Heavenrich at 5:31 PM