Looking for something to do on a cold Saturday morning? Why not take a trip to the Natural History museum - virtually of course! And meet an author while you're at it.

This Saturday, January 9 the Smithsonian National Museum of Natural History is hosting a Science & Nature program for families. The 45-minute long program begins at 11 am Eastern time. 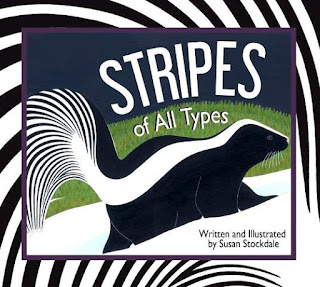 The program includes science activities plus a story and some illustration fun with author-illustrator, Susan Stockdale. She'll read her book, Stripes of All Types and talk about how studying natural history informs her books. Then she'll share the process she uses to develop her books and invite everyone to  create their own artwork about their favorite animal.

Learn more and sign up here at the Smithsonian site.

Remember KidBooWriMo? The Kid's Book Writing Month we sponsored last month? Well, two participants shared their fun and imaginative stories with us. Instead of retyping the entire stories, we're sharing some excerpts and a brief review. 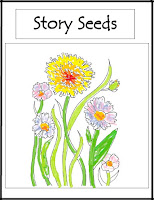 If you wrote a story and want to share it on the blog, check the instructions in your storyseed packet. And if you didn't pick up a storyseed pack - there might be a few extra at the library.

Without further ado, stories of imagination and adventure!

From: The Missing Princess and the Thief

Once upon a time, in a land far, far away there lived a beautiful princess named Bethany. She lived – not in a castle – but in a homeless shelter. She didn’t even know who she was.

She couldn’t remember her name…. and always wondered who she was and why she had a tiara. She couldn’t possibly be a princess because her dress was so messy and torn and her hair was messy.

So, as the story continues, she does what any amnesiac homeless princess would do: she looks for a job. And this is how she meets the thief. But, as you can expect, when she reports him to the authorities, they take one look at her, roll their eyes, and ignore her. Except for one of the castle guards who decided to follow up on the tip. And furthermore, restores the princess to her family. A good, wholesome ending that is happily-ever-after without the need of a princess getting married.

From: The Clue of the Nameless Criminal (a Musical Girls mystery)

The Musical Girls is a group of seven friends who play instruments. When this story takes place, there’s a Wanted Criminal with no name. The action begins when Lydia is looking for her violin…

“Oh wait!” Lydia said. “I just remembered where my violin is!”

“Where, where?” the others ask.

“I left it at the church on Sunday,” Lydia said.

“Oh come on!” Italy complained. “We just spent two hours looking for something that isn’t even here?”

Suddenly they hear a burglar alarm go off at the bank across the street. They hid in the bushes as the police pulled in the bank driveway. [The robber escapes but the girls tell the police they saw him and they can identify him] So the police took the down to the station to get a sketch of the man.

“Yeah, that looks like him,” Sara exclaimed… Two of the police officers looked at each other and sighed.

The story continues as the police pick up the nameless criminal and bring him to the station. A couple days later, the bank robber passes a note to the girls. It’s a piece of sheet music with clues embedded in the lyrics and the notes. With some help from their instruments, they play (and spell out) the robber’s name. All’s well that ends well, and the girls even get a reward.

About a year ago (plus a month) we hosted a fun Writing & Illustrating Workshop for kids. We had planned to host another this summer but... things are not normal this year. So during the month of November we are hosting a month-long writing and illustrating UN-Workshop. We're calling  it 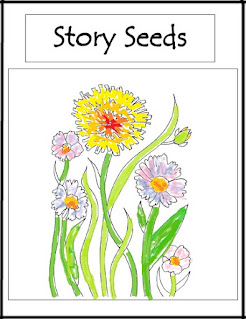 That’s short for Kids’ Book Writing Month. And we're inviting all kids in 4th grade through high school who tell stories, draw comics, and write novels!
Instead of meeting at the library, participants get a take-away unworkshop kit. Inside each KidBooWriMo kit is almost everything you need to write and illustrate a book:
KidBooWriMo kits are free. Starting Monday, October 26 you may drop by and pick one up. Or, if you can't get to the library, call the library at 607-659-7258 and reserve a KidBooWriMo kit.
This program is made possible by a grant from the Bernard Carl and Shirley Rosen Library Fund of the Community Foundation of Tompkins County.
Posted by Sue Heavenrich at 11:00 AM

Library Board of Trustees ~ meet the second Wednesdays of the month (except summer and December). Meetings open to the public; for more information call the library.

Friends of the Library ~ meet the last Thursday of each month at 7 pm (except November and December).