Next Week is "Banned Book Week" 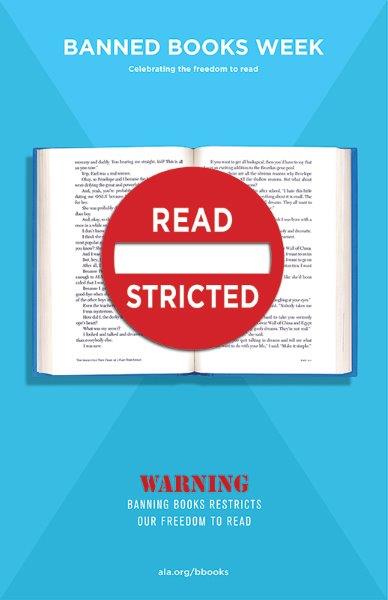 Banned Book Week is September 27 - October 3. It's a good time to reflect on our Freedom to Read. It's also a good time to check out a few banned books to read.

But sometimes people want to push certain books off the shelves because they think the books are "too graphic" or the main character is homosexual and they don't want their children - or anybody else - to be "exposed to" that book. Even now, in the 21st Century, people and groups challenge books in an effort to get them removed from their children's classroom, a school library, a school system, a town library.

Lest you think classics and children's books are safe, here's a list of the books that were challenged, restricted, removed, or banned over the past year. You can find out more about these books here.